A downloadable game for Windows

A Mixed Martial Arts (MMA) sports management game for the PC deskop/laptop. Run any of 25 different MMA companies and compete to become the best in the world. Find the next generation of MMA stars and watch them become legends in the sport.

(The game is purely a management sim with the fights being shown in text and statistics, move by move).

***MMA President Version 1.2 is now up which includes scouting, train your fighter character, fighter generator and many more new features and improvements***

- Up to 63 titles for your company, 3 for each weight division.

- Full Mod system so that you can make your own real life or fictional mod game. Enter any fighter you want or even put yourself in the game. Enter pictures and even videos.

- Man management system where you can move your fighters between your main company and two feeder companies, for fighter development/appraisal.

- Sign and buy fighters. Buying fighters is more expensive than signing free agents but is a fun feature when your company starts making money.

- CEO (You)/ Fighter relationships. Keep your best fighters winning or they might want to sign with another company. Also fighters are not too pleased when facing fighters on performance enhancing drugs or those that can't make weight.

- Personal relationships. For mod games where you can put in 70 pictures and 20 videos of your favorite fighter and receive this media with messages while playing through the game.

- Book multiple events for up to a year in advance.

- A massive array of fighter attributes and stats.

- CEO rankings, become the best CEO in the business.

- MMA Express, read the latest headlines from the MMA world.

- Sign staff to help promote your company and its fighters.

- Gym: Send fighters to the gym to be trained by your coaches to help develop your next generation of MMA stars.

- Fighter rankings: find out who is the best from wins, losses and opponent difficulty.

- Retirements and new fighter generation. The game will create new fighters to keep each division filled up so that the game can be played for unlimited seasons.

- Company information, see how your competitors are doing. View their rosters, titles and staff.

- Easy load/save system, where the game is auto saved with everything you do. Loading another game takes the time of clicking the select button.

- All companies, fighters and staff can be edited.

- Start game from the dawn of MMA in 1995 and generate new fighters.

The game has been tested on several PC/Laptop computers.

With full data and fighters inside the game it takes 4-8 seconds to update between each in-game day using an AMD A8-6600K computer, 8 GB Ram. (5 years old).

New computers should be a lot faster. These updates include millions of pieces of information being updated and other company events being simulated.

(This mod obviously can't be packaged with the game with no real life fighters being affiliated with MMA President).

This is a real life game mod with around 700 characters that has been created by StarHero. There is a link to a tutorial at the bottom of this post so that you can learn how to install it. This is placing the Save files, Image files in the correct save game folders. Also video files can be added to the video folder.

New mods are always welcome, also this mod is available for anyone if they want to use these characters, pictures, videos with their own mod.

In order to download this game you must purchase it at or above the minimum price of $13.99 USD. You will get access to the following files: 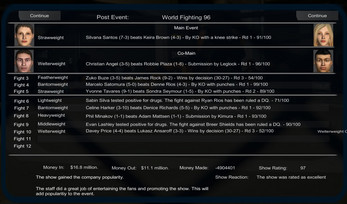 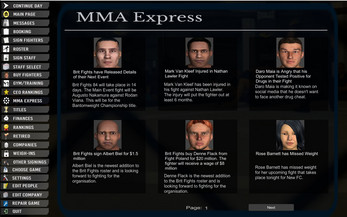 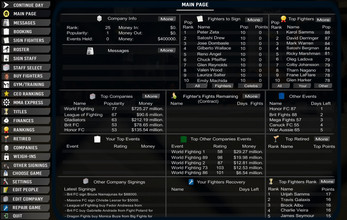 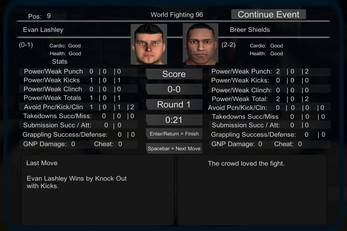 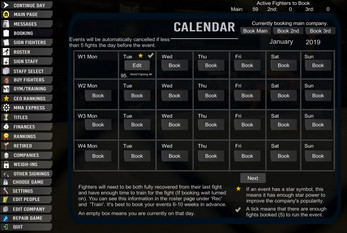 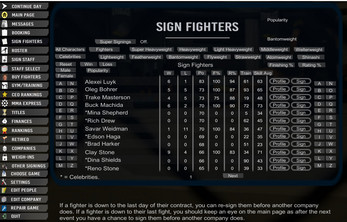 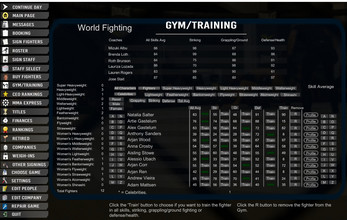